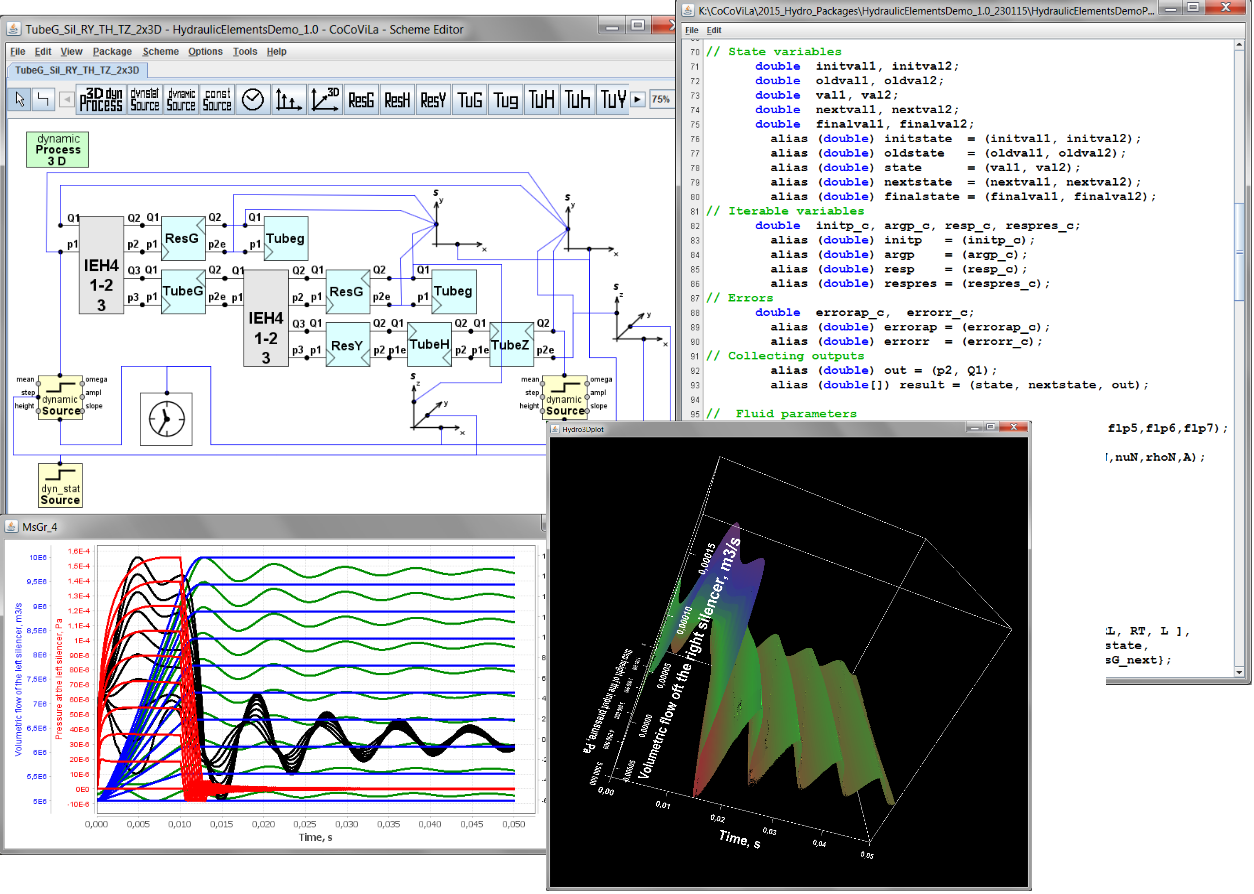 Models of a fluid power system are composed using components from a library of multi-pole models. For each component models of required causalities must be available. This enables to compose multi-pole models for systems of different configuration to follow signal propagation in correspondence to physical or computational behaviour.

Multi pole models of hydraulic elements are designed to be used for both static or steady state, and dynamic simulations. In the current package only simulating of dynamic transient responses caused by inputs depending on time are considered.